Lightly flour a board and turn the mixture onto the board.
Knead the dough on the floured surface until only just incorporated.
Roll the dough into a large rectangle.

Combine sugars and cinnamon in a small bowl. Brush the dough rectangle with melted butter.
Sprinkle the sugar mixture evenly over the dough.

Roll the dough from the longest side to form a scroll. Cut into 10 fat slices or 16 smaller slices slices. 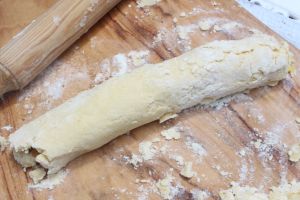 Place slices onto a baking tray.

Bake for 10-15 minutes or until golden (the bigger the slices, the longer the cooking time).
Place on a wire rack and dust with the additional cinnamon and sugar while still hot.
Make the icing by mixing the icing sugar and the milk in a small bowl.
Pour the icing over the scrolls.
Serve warm or room temperature, but do not refrigerate. 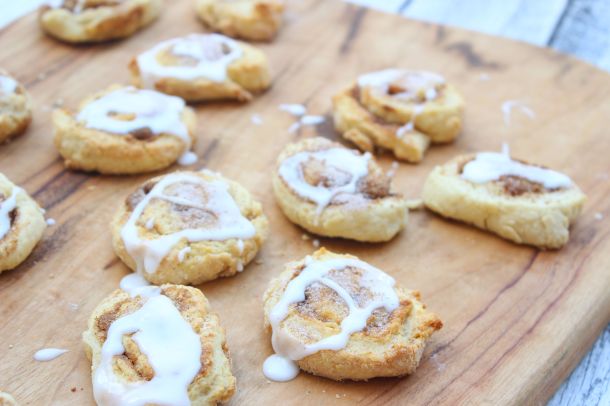