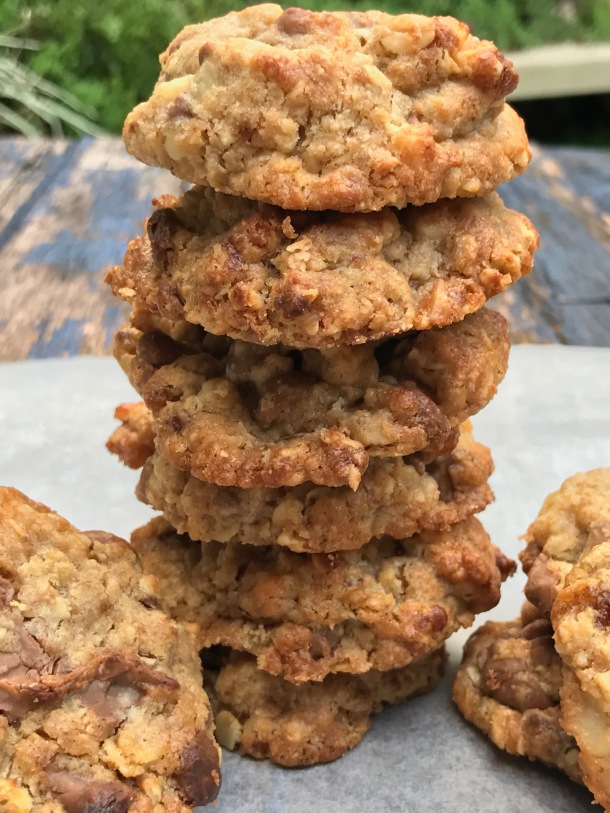 Cookies –  chewy or crisp, risen or flat,  there are so many decisions to be made by the baker who’s in search of Cookie Nirvana! I have made so many recipes, followed instructions or tweaked the recipes, just to get the version I like.

I stumbled across this cookie incarnation by chance, when I had some left over crumble mixture. I added a few ingredients, shaped the mixture into balls, chilled in the fridge for 1/2 hour, then stuck them in the oven. The result was nice big pillowy cookies. which were dense and slightly chewy, just like I like them!

I’ve made them heaps of times since, just to make sure the recipe works. And it does. Every time!

The secret to the plump shape of the cookies is definitely chilling the balls in the fridge first before baking.

1/2 cup chocolate chips of your choice (dark, milk or white)

Place all the ingredients  except the condensed milk and chocolate chips in a large bowl and mix well to combine. Or put the ingredients into a food processor and pulse gently to combine. If you do this, be careful not to overmix. You want a crumbly texture, not a mushy paste!

Add the condensed milk. This will loosen the mixture and make it easier to shape into balls. You may need to add a little more if the mixture is still too dry. Stir through the chocolate chips.

Shape large teaspoonfuls of the mixture into balls and place on the baking trays, at least 2 centimetres apart to allow for spreading in the oven. Pace trays in the fridge for at least half an hour.

Take the trays out of the fridge, and before putting in the oven, flatten the balls slightly with your thumb or the back of a spoon. Bake for about 15 minutes or until golden brown and cooked through.

Cool on the trays for 5 minutes, then remove to a wire rack to cool completely.

These cookies can be frozen before baking, and frozen after baking too, so one way or another, you can always have cookies on hand! 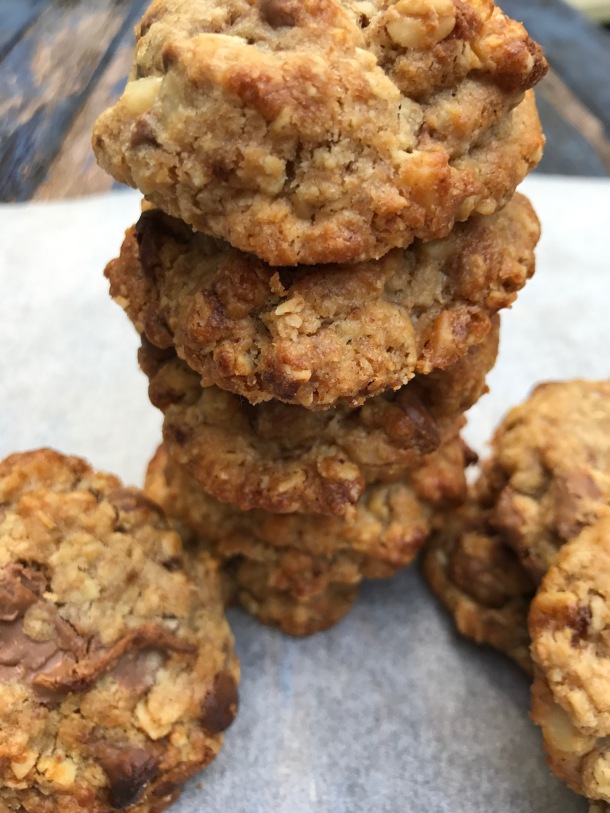