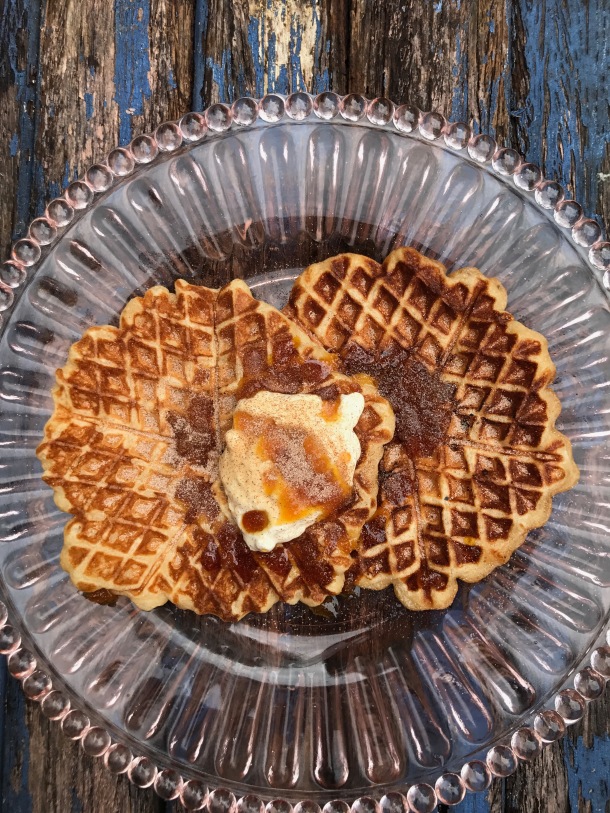 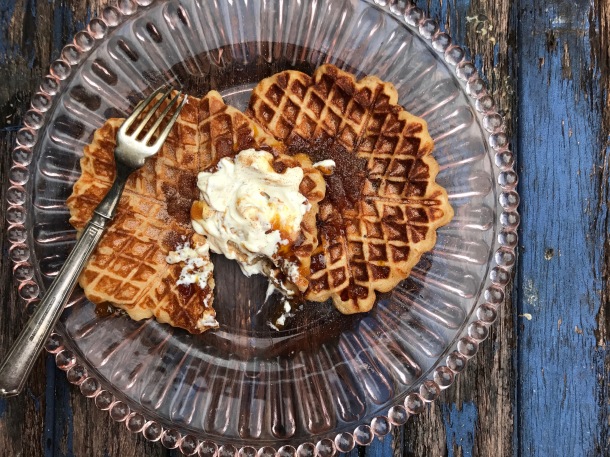 Waffles! I always thought they were hard to make until I started using a waffle maker, a present from years ago, that I found at the back of a kitchen cupboard. Et voila! From batter to plate in 15 minutes. So yummy, and they look pretty groovy too!

I made these last weekend and served them with a drizzle of golden syrup, a sprinkling of cinnamon sugar and good dollop of sour cream to undercut the sweetness. Magic breakfast!

Heat an electric waffle maker for a few minutes.  Put the flour, cornflour, baking powder and salt in a bowl and mix by hand to combine. Add the buttermilk, oil and egg yolk and whisk until smooth.

Put the egg white into another bowl and whisk until stiff peaks form. Gently fold the whisked egg white into the flour mixture. Carefully ladle 2 tablespoons of batter (or enough to cover the waffle plate) into the waffle maker. Cook until the waffle is a nice dark golden brown – my waffle maker lets me check the state of doneness simply by opening up and having a look. Carefully remove the cooked waffle to a warm plate and continue making. 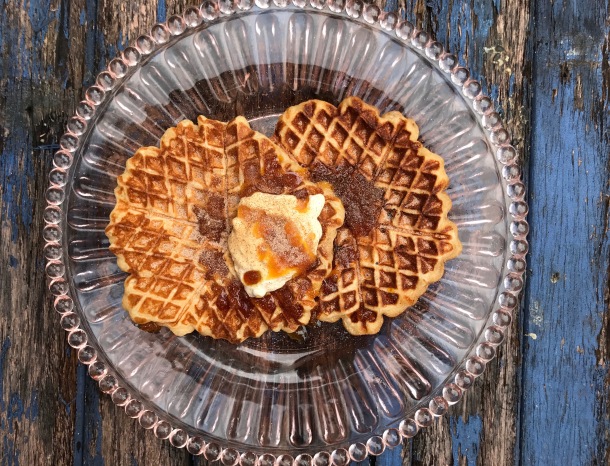