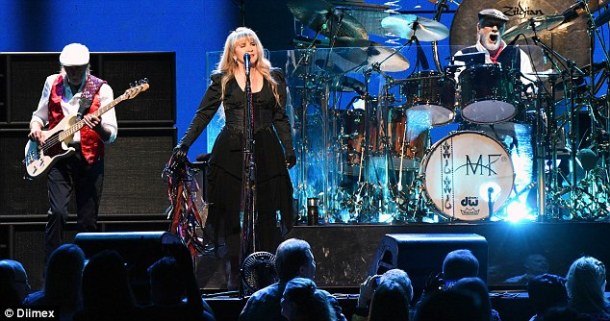 So we’re back in the Hunter Valley at Hope Estate for another concert from some Old Rockers. Fleetwood Mac were back in town. They had cancelled their 2013 tour after John McVie became ill. So it was good to see them back – and this was the best thing about the gig – Christine McVie was reunited with the band.

Now I was sitting quite a way back, but with the help of giant video screens, it was obvious from the youthful appearance of the band members that “work” had been done. And quite a lot of work. Lindsey Buckingham looked like he had been embalmed… I found his orange colour quite disconcerting. Stevie Nicks looked good, she’d dropped some weight – but was she wearing a wig?? Can anyone of her age have that much blonde hair to swoosh? It was hard to see what John McVie looked like, he played bass upstage from the others. No Sting-like theatrics for this unobtrusive rocker. Mick Fleetwood looked just like always, he had apparently barely aged. Somewhat of a gentle giant, with the occasional manic moves on drums. 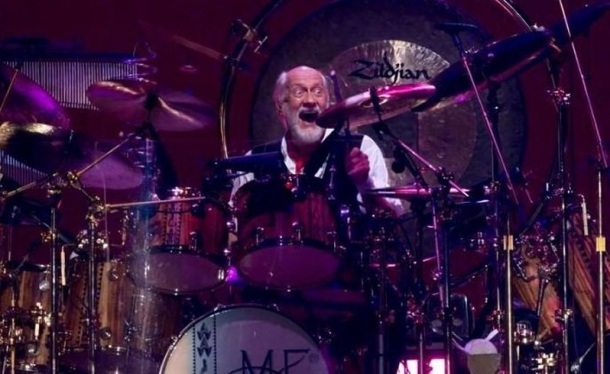 Christine McVie was the standout. The oldest of the bunch, at 72 she looked really great – and sounded great. 16 years away from Fleetwood Mac and the rock and roll lifestyle have clearly had their benefits. Slim, energetic, giving it her all in her own numbers, she did none of the annoying prancing and dancing that Stevie and Lindsey indulged in for far too much of their time on stage. We were here for the music, not the geriatric calisthenics. Christine was worth the trip.

It was a good concert but not a great concert. You got the feeling that they had done this gig time after time after time. There was no spontaneity, no straying from the set list. Even the stage patter sounded formulaic and rehearsed. Stevie greeted us with “I’ve never been to Hunter Valley”. We know, cause if you had, you’d know it’s The Hunter Valley.  The all important “the”.  And we know all about the Stevie/Lindsey dynamic, so we didn’t need to see some fake frolicking and lovey dove stuff during a couple of the numbers. 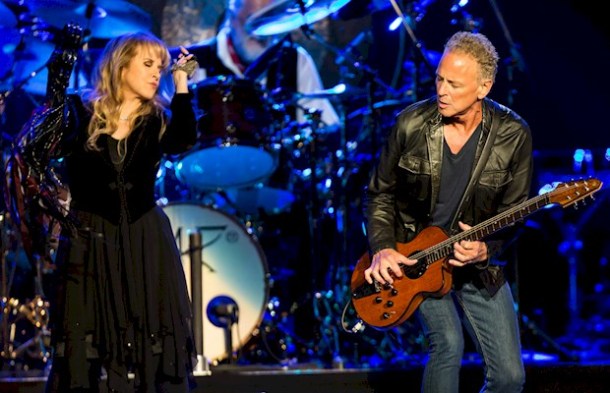 But, all things considered, the Old Rockers gave us all the classics and pretty decently too. Lindsey’s guitar antics were pretty awesome and it’s clear he’s still got it musically. Mick’s manic drumming was pretty good too – highly energetic, what is he on?

“Dreams”, “Rhiannon”, “Tusk”, “Sara”, “Gypsy”, “Little Lies” and “Go Your Own Way” were my favourites and they have stood the test of time. Stevie’s voice was a little low and husky, while Christine McVie sounded like she had just stepped out of the 70s.

The weather was not kind: drizzly rain and cool temperatures on what should have been a balmy spring night. The crowd was edgy, patrons were drunk rather than tipsy, and a scuffle broke out towards the end of the gig. We felt the 2 1/2 hour concert dragging. We were cold and wet and ready for the bus back home. Back at chez Shakey – Hunter Valley Country Lodge –  a hot shower and a liqueur muscat nightcap really warmed us up.

I’m sure the band would have slept well too, after the gig, dreaming of the money they had made on this tour, and perhaps thinking of retirement. Right? Right.

Oh, I should mention that the bonus at the concert was the support act Angus and Julia Stone. A great Australian brother and sister duo worth listening to.