It’s Anzac day tomorrow – 25 April 2015,  and the 100th anniversary of the landing at Gallipoli.  The day is always marked, and the Centenary is a huge occasion in Australia this year. Traditionally Anzac biscuits are baked and eaten around this date.

The biscuits were originally made during World War One by women’s organisations in Australia . To ensure that the biscuits remained crisp, they were packed in tins to be transported overseas. The tins were airtight, to stop  moisture in the air  soaking into the biscuits and making them soft. Anzac biscuit recipes, in the form we know them today, began appearing in cookbooks in the 1920s. They were sometimes called “Anzac crisps” or “Anzac crispies” because of their hardness.

The recipe below, from “Better Homes and Gardens” May 2015, purports to be similar to the original recipe, the ingredients being rolled oats, sugar, plain flour, butter, golden syrup or treacle, bi-carbonate of soda and boiling water.

Preheat oven to 150°C. Line 4 oven trays with baking paper. Combine butter and golden syrup or treacle in a small saucepan and cook over a low heat until butter is melted. Add bicarb and water and whisk to combine. Remove from heat.

Combine rolled oats, flour and sugar in a large bowl, add butter mixture and beat until combined. Form into small balls and put on prepared trays, allowing space for spreading. Flatten slightly with a fork.

Bake for 18-20 minutes or until golden. Cool biscuits on trays then on a wire rack before serving. 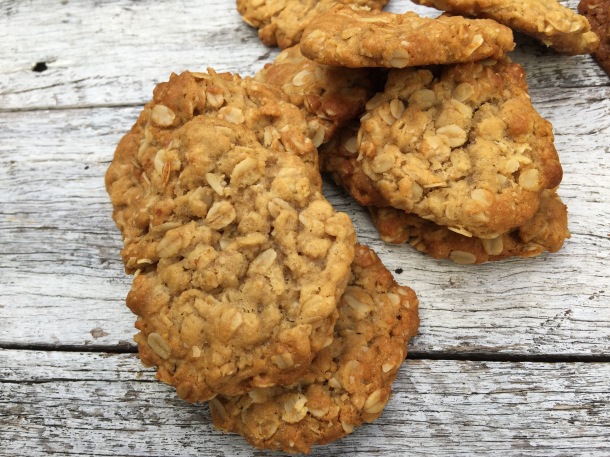 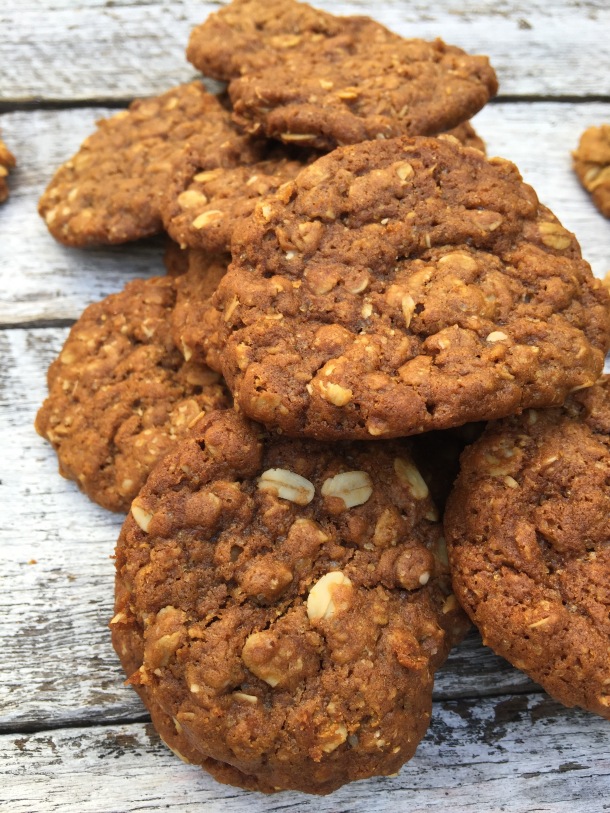